In large lagoons such as Venice, great damage is caused by mass tourism, pollution and climate change, for example. People would like to keep a close eye on or monitor the impact of these factors. To limit and monitor this, autonomous robots water robots are used. This is an EU funded project.

In this way, researchers can take several measurements at the same time, from different places. This is hugely beneficial in trying to combat and mitigate the climate change we are dealing with. 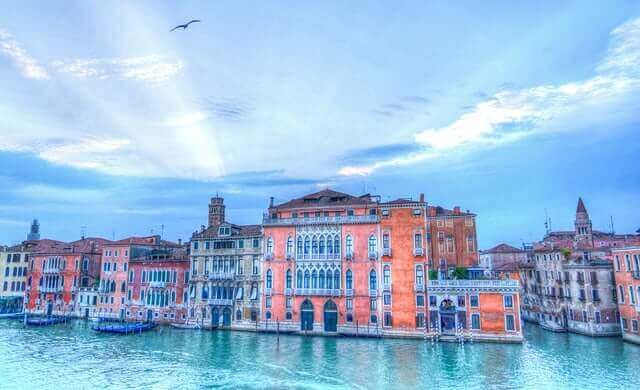 When you think of Venice, you think of the idyllic canals. However, next time you take a romantic gondola ride and enter ‘La Serenissima’, you may want to be more careful to catch a glimpse of the swimming robots.

A team of researchers has ‘released’ a large group of water robots in the lagoon of Venice. This concerns more than 120 water robots, which have been released in collaboration with the subCULTron project for monitoring and limiting pollution, among other things. subCULTron is an EU funded project.
It may look like a scene from a Sci-fi movie, but these autonomous robots play a fundamental role in the city’s pursuit. The focus is on reducing/limiting pollution and climate change.

With new challenges, come new solutions. At present, this specific challenge can be tackled most efficiently by means of water robots.

SubCULTron project and the underwater robots

The main objective of this project was to develop a state-of-the-art tool capable of monitoring large lagoon areas such as Venice, in particular, its underwater environment.

However, unlike traditional monitoring systems, the subCULTron system was intended for spatially distributed monitoring. This means that measurements must take place at exactly the same time, in exactly the same place, spread over a long period of time. Researchers relied on a swarm of cheap and relatively small robots for this. This is in contrast to the usual way, which mainly uses 1 large robot. This one, larger robot is considerably more expensive than the swarm of small water robots. This unique self-organized architecture makes it possible for the robot swarm to act decentrally and autonomously. Also, this swarm can react, instead of just taking measurements.

We discuss these 3 different types of robots in more detail below.

Within the system, the aMussels do their job as the collective, long-term memory. Information can be stored longer in this way than with other robot types. The natural habitat of fish in lagoons is guarded by the mussels. As well as biological agents such as bacteria and algae.

In addition to the aMussels, there are also the aPads. These float on the surface of the water like a lily. These Apads do their job as the interface of the system, with human society. They also supply energy and information to the swarm, coming from the outside world.
Between the aMussels and the Apads, the aFish swim. You can think of these as artificial fish. They swim through the water to track movement, explore the environment and transmit the information it collects to the Amussels and Apads. In this way, all robots work together and action can be taken immediately.

Once the swarm has ‘decided’ that there is a certain place that needs more attention, aMussels will rise, which are then sent by the aPAd to a specific place to assist the robots.

These robots are also innovative in the way they are powered, which is mud.